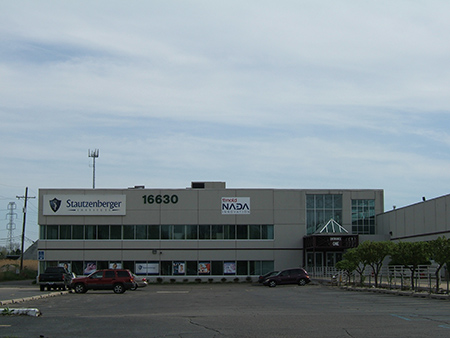 The 770,000-square-foot facility along Southfield Road in Allen Park, often referred to as the Danou Technical Center, will soon be home to a mixed-use development. The property was sold to New York-based Time Equities Inc. for $12 million, it was announced today.

“It’s exciting,” says Larry Emmons of Southfield-based CBRE, which represented Time Equities in the transaction. “There’s a trend of outside real estate investors eyeing Detroit as an emerging jewel. We certainly welcome that interest and hope to see more of that in the coming years.”

The building has quite a history to it, Emmons says. “It was purchased by the city of Allen Park to house the Unity Studios, which never really fully occupied the building or made any movies at the property.”

And while the site won’t be used to make movies under its new ownership, plans are underway to bring quite a bit of activity to the former Visteon Technical Center, at 16630 Southfield Rd.

“We’re in the early plans on developing a strip center for the front of the site,” Emmons says. “We have hotel users interested in the site, and the rear acreage will be developed for high-tech and industrial uses. That’s all going to start ASAP.”

Part of the complex also served as the headquarters of Ford Motor Co.’s racing team.