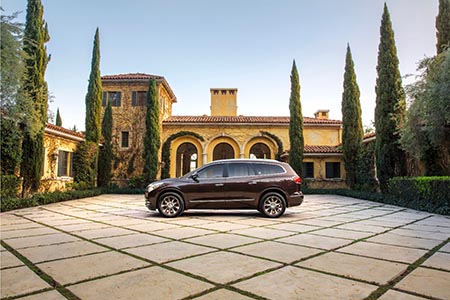 “Buick’s quality, refinement, and style continues to attract more customers and this modern resurgence started with Enclave,” says Duncan Aldred, vice president of Buick. “It was a pioneer for three-row luxury crossovers and remains one of the segment’s most popular.”

The crossover will debut at the New York International Auto Show April 3-12. It will go on sale this summer and will be offered in three colors — white, bronze, and black. The suggested retail price has not been released. However, the 2016 Buick Enclave will start at about $40,000.

The name is a play off the Tuscan region of Italy, where the European Renaissance began. The Buick Enclave, when it was released eight years ago, started the brand’s “resurgence,” or renaissance, Aldred says.

The Enclave has three rows of seating, and seats seven to eight people. There is about 23 cubic feet of cargo space behind the third row. All-wheel drive is available.