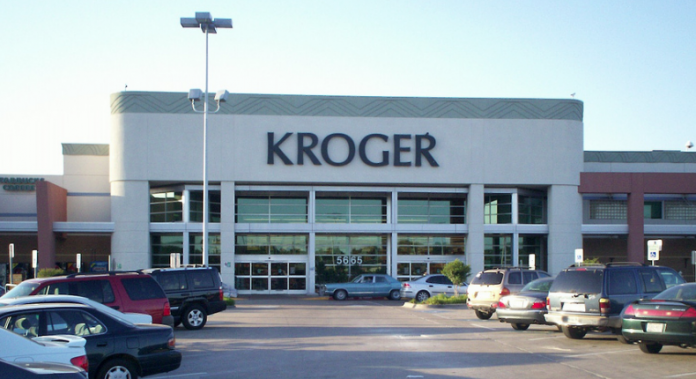 Cincinnati-based Kroger Co. has announced plans for a second attempt to build a store in Royal Oak in a new location at 12 Mile and Stephenson Highway, with a goal to open sometime in 2016.

“We’re constantly trying to find locations in the market, not only in Royal Oak, but throughout Michigan,” says Brandon Barrow, consumer affairs manager for Kroger.

In 2011, Kroger attempted plans to build a store at the vacant Fresard auto dealership property, north of 11 Mile on Main Street, but were turned down by the city because of objections to the parking lot fronting Main Street, and its fit with the neighborhood.

The new plan was approved March 11 by the city’s Planning Commission, but must still go before the City Commission for preliminary and final approvals. Barrow says they plan to be on the agenda sometime in April.

Barrow says the 125,000 square feet space on Stephenson Highway will occupy the vacant St. Dennis Catholic Church property and will be similar to Michigan’s first Kroger Marketplace store that opened in February in Shelby Township. In addition to groceries, the store will sell apparel, shoes, patio furniture, and grills. He says the store will add 300 to 400 jobs.

“We’ve kind of created a one-stop shop for our customers,” Barrow says. “You can get your groceries, but you can also get some clothing as well.”

Residents who live near the site have voiced concerns about noise from tractor-trailers at the turnaround area, runoff from the retention pond in case of flooding, and the property values of their homes. However, Barrow says the real estate team has made concessions addressing these concerns, which were approved at the Planning Commission.

Upon Mayor Jim Ellison’s request, the turnaround area will be screened by a berm (a barrier) and more than 20 trees, so the back of the store won’t be visible to residents and sound won’t be as prevalent. There will be a six-foot fence around the 200-foot wide retention pond, a pump to ensure no stagnant water, and a seven-foot overflow designed to flow away from the residents.

Barrow says they have goals for a fuel center, Starbucks, Murray’s Cheese Shop, or an additional selection of items in the deli and bakery that may not be available in other stores.

“We try to put things in our stores that our customers tell us they want.”