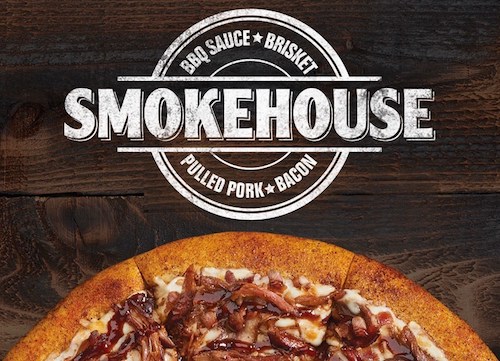 “People love the no waiting, no pre-ordering convenience, and amazing value they get with Little Caesars,” says David Scrivano, Little Caesars Pizza president and CEO. “So we decided to combine painstakingly slow-smoked meats with HOT-N-READY availability at a price that doesn’t break the bank.”

The brisket is sourced from Midwest beef, and is brined with a blend of spices and pit smoked with hickory wood for 10 hours, while the pulled pork is made in a rotisserie style pit and is smoked for 10-12 hours.

Founded in 1959 in Detroit, Little Caesars began as a single, family-owned restaurant and is currently the nation’s largest carryout-only pizza chain. The company is currently the third-largest pizza chain worldwide and has stores in all 50 states and 20 countries.

IN OTHER CULINARY NEWS Ferndale’s upcoming restaurant Voyager has announced its cuisine team as they prepare to open in March. The coastal-inspired restaurant and oyster bar has hired chefs Justin Tootla and Jennifer Jackson, who relocated to Michigan after consulting, traveling, and hosting several pop-up restaurants throughout the Midwest.

“Their individual experiences cooking at some of the country’s best restaurants spoke volumes, but it’s the fact that they accomplished so much of it together that really drew me to Jennifer and Justin,” says Eli Boyer, Voyager’s owner. “They’re partners in work and in life. That dynamic — the love and the spirit of it — will be pretty evident in the food at Voyager.”

A Bloomfield Hills-native, Tootla plans to develop a menu that combines the restaurant’s “coastal American vibe” with the eclectic influences of the pair’s experiences abroad and throughout the country.

The 1,400 square foot establishment will be located at 600 Vester St. (north of Nine Mile Road and east of Woodward Avenue), and will seat 28 guests in the main dining room and 12 at the bar, with additional seating planned for an indoor/outdoor patio.

The restaurant will offer an array of seafood items locally sourced from the Great Lakes region along with wild-caught, responsibly farmed, and sustainable seafood options. Other selections include a focused menu of cocktails, craft beer, and fish-friendly wine. The team plans to host regular oyster education and pairing events upon opening.