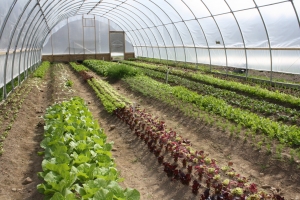 Michigan businesses exported $3.5 billion in food and agricultural goods in 2013, up 8.9 percent from the year before, and more than double from 2010, says a new report today from the U.S. Department of Agriculture.

Estimates suggest that Michigan’s total agriculture exports resulted in more than 29,000 Michigan jobs and had a local impact of an additional $4.3 billion. Nationally, Michigan ranks fifth in processed and fresh fruit exports, sixth for other processed plant products, and seventh for both fresh and processed vegetables as well as dairy products.

Behind this increase are many food and agricultural companies who have increased production and overcome obstacles to enter new markets and grow their business overseas, Snyder says.

Among those businesses are Coopersville-based Continental Dairy Facilities, which exported 75 percent of its nonfat milk powder to 14 countries in 2013.

As the food and agriculture industry is one of Michigan’s top industries, Snyder has spoken about the quality of state products on trade missions to Asia, Europe, and the Middle East.

“As new markets open up and demand increases for Michigan made and grown products, there are new and expanding opportunities for our producers and food business sales overseas,” says Jamie Clover Adams, director of the Michigan Department of Agriculture and Rural Development.

Last year’s trade mission to South Korea, for instance, led to $1.4 million in anticipated sales in the next 12 months, and three Michigan companies reported 42 contacts with new international buyers.