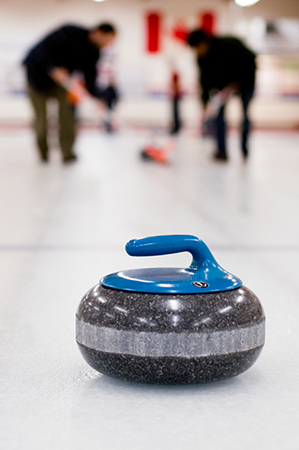 Twenty of the country’s best curling teams are headed to Kalamazoo this weekend to compete for the chance to represent the U.S. at the world championships later this year.

“The people of Kalamazoo, including those at Wings Stadium, Discover Kalamazoo, and the Kalamazoo Curling Club, proved their capabilities in hosting championship event of the highest caliber in 2010, and we are honored to be invited back,” said Rick Patzke, COO of USA Curling, in an earlier statement. “We have no doubts that they will raise the bar even higher in 2015.”

The USA Curling Nationals appearance in Kalamazoo is fitting, say curling officials, noting the first curling club in the nation was formed in Michigan and curled on Orchard Lake in 1831. Today, there are nearly 10 clubs in Michigan, including the Kalamazoo Curling Club, which will be offering training sessions throughout the event.

Tickets start at $10 for a full day pass. Admission is free for children 12 years and under. For more information, click here.