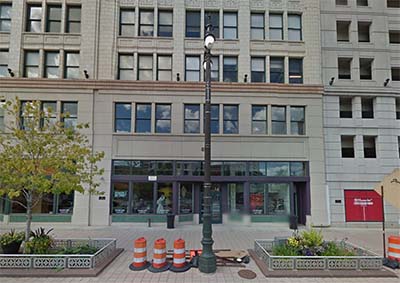 Nike will open a two-level storefront along Woodward Avenue in downtown Detroit in the spring, according to a Tweet today by Dan Gilbert, the founder of Quicken Loans.

“We look forward to bringing Nike’s performance products and experiences to downtown Detroit with our sixth Community Store, scheduled to open in 2016,” says Lisa Beachy, a spokeswoman for Nike. “Through job creation and volunteer efforts, we hope to both positively impact the Detroit community and the local economy.”

Gilbert says the 22,000-square-foot storefront will be located at 1261 Woodward Ave. According to Nike, the location will be a “community store,” meaning store employees and Nike’s retail leadership will also spend volunteer hours to sport- and non sport-related efforts. Store employees are known as “athletes” under the community store model.

The Nike store will be located near two other retail storefronts: the John Varvatos clothing store at 1500 Woodward Ave., which opened in March, and the outdoor apparel store Moosejaw located at 1275 Woodward Ave. Moosejaw opened a seasonal popup shop in October at 1441 Woodward Ave.

In previous years, the Somerset Collection has held its popup store, called CityLoft, in the first floor of the building where Nike’s store will be located.

Bedrock Real Estate Services owns more than 80 properties in Detroit and has invested about $1.8 billion in the city.