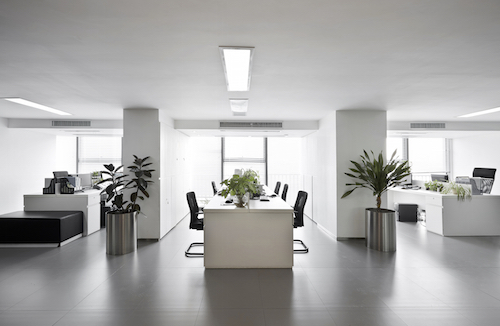 “The metro Detroit office market is now in its fourth year of expansion mode,” says Fred Liesveld, managing director of the firm’s Detroit office. “We expect the expansion to continue given the level of demand we are consistently seeing in the market.”

He says Detroit’s central business district, Troy, and Farmington Hills accounted for the bulk of the overall absorption for the second quarter in a row.

Rock Connections, a marketing firm that is part of the Quicken Loans family of companies, moved into 67,500 square feet at the Madison Office Building on St. Antoine Street. The move accounted for the bulk of overall absorption. The company’s relocation made room for Ally Financial Inc.’s 321,000-squre-foot lease at One Detroit Center.

Liesveld says other notable moves in the district are LoVasco’s 8,000-square-foot lease at One Woodward and International Bancard Corp.’s upcoming move into 30,000 square feet at 1505 Woodard Ave. during the third quarter.

According to the report, the bulk of leasing activity in Farmington Hills has been in the Class B market, as companies such as ZF TRW, AGC Flat Glass North America, and Trinity Health’s leased space resulted in over 220,000 square feet of absorption.