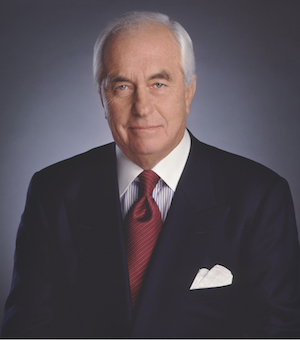 Officials with the organization say the Horatio Alger Award has been annually awarded to leaders who have succeeded despite facing adversity and who are committed to higher education and charitable efforts in their local communities.

Penske will join 10 other business and civic leaders from across North America in receiving the honor this year, and he will be inducted into the association this spring during the 70th Horatio Alger Award ceremony in Washington D.C.

“I was fortunate enough to have a strong support network growing up and I learned the importance of believing in yourself and having the courage to take the first step toward your dream,” says Penske. “We are all stronger and more capable than we think, and I hope to convey that message to as many young people as possible through my work with the association.”

Born in Shaker Heights, Ohio, Penske started out as a road racer, being awarded the SCCA Driver of the Year by Sports Illustrated in 1961.

He founded Penske Corp. in 1969. The company now manages several subsidiaries including Penske Automotive Group, Penske Truck Leasing, and Team Penske, the umbrella for Penske’s racing outfit, which include NASCAR and IndyCar teams. Penske Corp. brings in more than $26 billion in revenue, employs more than 50,000 people worldwide, and operates more than 3,300 locations.

In 2006, he chaired the Host Committee for Super Bowl XL held in Detroit and was integral to bringing IndyCar racing back to Belle Isle in 2012.

The Horatio Alger Association of Distinguished Americans awards more than $12 million annually in undergraduate and graduate need-based scholarships across the United States and Canada, as well as mentoring services to its scholars.