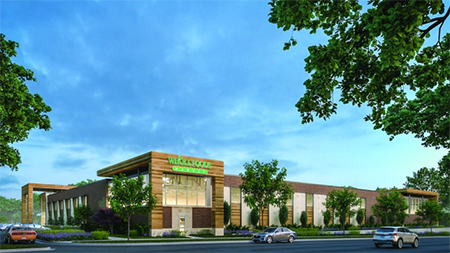 The Whole Foods Market in Troy, a grocery store that sells organic and natural products, will move about a half mile west to relocate to a larger facility in Birmingham on East Maple Road in late 2017.

“Whole Foods Market has been serving the Troy and Birmingham communities for many years in a relatively small store,” says Michael Bashaw, the Midwest regional president of Whole Foods Market. “Now we have the opportunity to improve our service to our customers with a larger store with a much larger selection.”

The new 46,000-square-foot location in Birmingham, 2100 E. Maple Rd., is about twice the size of the store in Troy, on West Maple Road. The Troy store opened in 1997. The company has five other Michigan locations in Rochester Hills, West Bloomfield, Detroit, and two stores in Ann Arbor.

IN RELATED NEWS, Whole Foods announced they will open a separate chain of lower-priced stores to appeal to younger shoppers. The new stores will have a modern, streamlined design and a curated selection of products.

The stores will start opening next year, although locations have yet to be named.