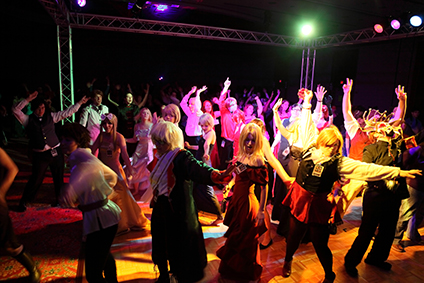 “After celebrating our momentous 10 year anniversary last year, our team really worked hard to assemble an even greater series of events for this year’s Youmacon,” says Morgan Kollin, chairman and founder of Youmacon Enterprises/Defying Conventions. “Youmacon has become one of the staple events in Downtown Detroit and has continued to grow year after year.”

As part of this year’s larger-than-ever Youmacon, more than 30 anime industry celebrities and special guests are expected, including actors, producers, musicians, artists, and more.  For a complete list of special guests, visit youmacon.com/special-guests.

Registration is open till Sept. 15,  online at youmacon.com/registration. Platinum passes are available for $125 and three day passes for $55. Following Sept. 15, tickets will only be available at-the-door.  Pricing options include a three-day pass ($60) or Friday only ($30), Saturday only ($40) or Sunday only ($20) passes.  Thursday evening’s activities are free and open to the public.  Attendees should note that tickets sales are cash only.