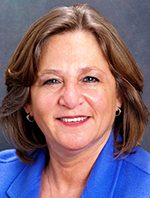 Paula Goldman-Spinner, a member of Schostak Brothers and Company Inc., has been honored with a lifetime achievement award from the Building Owners and Managers Association of Metropolitan Detroit. The vice president and director of commercial properties has worked with the Livonia-based real estate company for more than 35 years.

Goldman-Spinner is currently the governor for BOMA, and served as the 2015 regional president for the association. In the past, she has been honored with BOMA’s 2009 Corporate Member of the Year and Outstanding Service Awards, the 2005 Property Manager of the Year award, and the 2004 President’s Award.

BOMA presents the Lifetime Achievement Award to an industry professional in commercial real estate that exemplifies outstanding leadership qualities and achievement throughout their career. This is the second time the accolade has been given, the first time being in 2014 to James Jonas of REDICO.