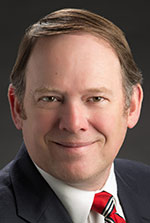 DETROIT — The Board of Directors of the YMCA of Metropolitan Detroit has elected new officers for a two-year term to its historic board of directors.

James M. Nicholson, vice president of PVS Chemicals Inc., has been elected as the 54th chair of the board in its 163 years of existence. Following two years of service, William A. Erken, partner at Deloitte & Touche LLP, assumes the role of immediate past chair.

The YMCA of Metro Detroit was founded in 1852 and provides programs and services in Wayne, Macomb, Oakland, and Livingston counties to more than 80,000 members through 13 facilities, two resident camps and three program centers.